Any business that has found themselves under a DDoS attack knows just how damaging it can be. DDoS attacks can suspend the availability of your products or services for hours, sometimes even days, without the right security measures.

What is a DDoS Attack? 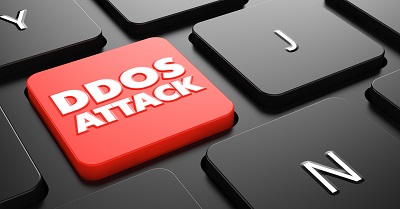 DDoS stands for distributed denial-of-service. This is an attack that hackers or criminals use to temporarily suspend websites, business applications and email services by flooding their server with an enormous amount of traffic. This flood of bandwidth causes the system to shut down because it is incapable of handling the load.

It generally takes multiple systems to produce the DDoS attack, with these systems working together to target a single system, usually an application server using default data ports. A common system used to orchestrate these attacks is a botnet installed on multiple computers (where the owners of these computers may be unaware it is there, like a virus) and used to forward traffic and bandwidth toward the server being targeted. Websites are sometimes targeted by DDoS attacks for unknown reasons. It could be an anonymous hacker or state-sponsored criminals doing large-scale attacks on anything from online banking systems to government services. In many cases the disruption of service is a diversion intended to distract IT teams in order for the hackers to steal your valuable data.

Traditional DDoS mitigation solutions attempt to protect your business from DDoS attacks by setting in place a series of techniques for resisting these attacks. DDoS mitigation works by protecting the target server and its relay networks. While using “traffic scrubbing” filters, new network traffic is passed through the attacked network and analyzed. This allows the traffic to be identified and understood, allowing bot traffic to be recognized for its differences from normal traffic. Any hijacked computers that are sending traffic to the server could be recognized and separated from the attributes of legitimate traffic.

DDoS mitigation analyzes the IP addresses of the traffic, HTTP headers, cookie variations and Javascript footprints. Essentially, it is a process of finding footprints in the bot traffic that distinguish it from normal traffic.

Protecting Internet traffic between a mobile application and a server is typically accomplished by the use of Secure Sockets Layer (SSL) encryption technology. SSL encryption typically uses default ports such as 443 for com